Our latest blog comes from Nicola McCarthy who has spent the last 3 years as a peer support worker and Chair of the Galway Mental Health Forum. This involved liaising with the Irish National Health Service to campaign on mental health issues. She has some valuable words for us all when our mental health is being put under strain during this crisis 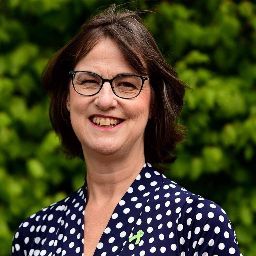 Stigma is a double-headed beast, existing as public and self-stigma.  Engagement with negative attitudes (prejudice) and/or adverse behaviour (discrimination) is known as public stigma.  Self-stigma is how the individual sees their own mental health often from a warped perspective.

It was self-stigma that affected me most.

It crept up on me so silently that for such a long time I didn’t even realise it was happening.  In fact, I was the last one to acknowledge it.

My ingrained work ethic just told me to work harder and harder and harder despite my growing mountain of self-doubt, anxiety and negative self-worth.  Any sort of failure just wasn’t possible.  I had judged myself and found myself to be lacking against what I thought society expected.

Unconsciously, I had entered a self-destructive cycle of hiding the truth.

Inevitably, my bouts of depression and my inability to recharge finally overwhelmed me and I had a nervous breakdown requiring medication and hospitalisation.  I was discharged from hospital full of theory and exercises but didn’t buy-in, I still felt shame and guilt at admitting to not being well.

Things continued as before, and guess what?  Fast forward several years and I had a bigger, more debilitating breakdown.  This time it was different, I couldn’t put my previous episodes down to life distress or a one-off never to be repeated circumstance.  I was ill.

For the first time ever, I availed of one-to-one counselling.

Most significantly, I began to talk to others around me about what was currently happening and what had occurred in the past.  This is still part of my recovery today, in fact, I now need to watch that I don’t over share and listen more than I talk!

I had put myself on a bumpy road while all along there was an easier way, but I wasn’t open to acknowledging I needed help.

I now know and promote that “Its OK not to be OK”.

Do you want to be inspired or inspire others?

Maybe you want to share a skill or learn a new one? Find out more about our volunteer scheme